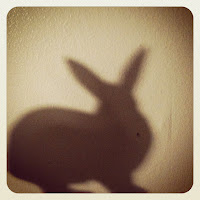 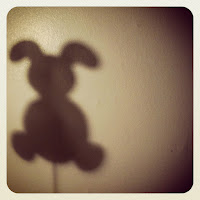 April 7th- Shadow. Today had to be one of the dullest grey days ever just typical that the brief for today was shadow...with a bit of improvising though I have not only created some easter shadows but O1 and I can put on a play later on tonight using them. We busied ourselves this morning making baskets for egg hunting tomorrow (fingers crossed it isn't raining!) One for O1 and one for O2 though not too sure how it will fair under her not so delicate touch. 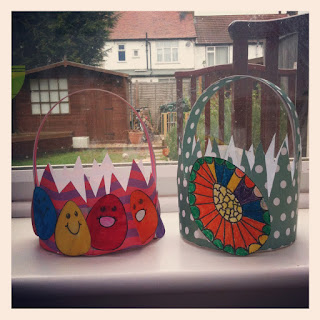 Baskets ready to be filled- decorated by Mummy and Osk

I suddenly had a craving for some Russian Fudge. I have not had it for years and for some reason really felt like it's unbelievable sweetness and super stickiness. Out came the ever faithful Edmonds cook book and within no time I was riding a sugar high like no other. It is toe curlingly sweet but ahhhh such memories of childhood! So far only 1 piece has been eaten...as it hadn't quiet set so was still a bit squishy but I am sure it will go down a treat with a bit of ice-cream on the side! 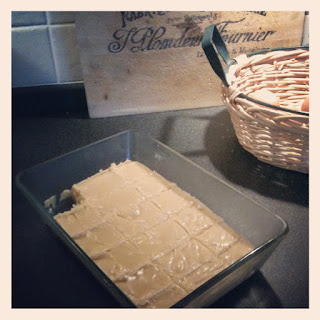 Hope your Easter is going well and you are not gorging on too much chocolate!!!
xx P xx